To draw a cake to satisfy hunger 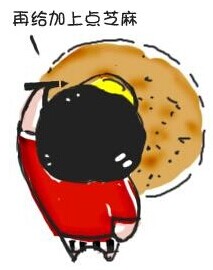 Lu Yu lived in the Kingdom of Wei during the Three Kingdoms periods. He was orphanedat the age of ten.

So he undertook the task of supporting his sister-in-law and nephew through a period of extreme hardship.Meanwhile, he also studied hard. He was praised all around for his noble deeds and depth of knowledge.

Later he became an official and still worked hard and put forth valuable advice to the emperor, so the emperor placed great trust in him.

At that time, the selection process of government officials depended on the recommendation of powerful and influential men.

These men would always recommend famous persons who were all mouth and no action which displeased the emperor.

One time, the emperor asked Lu Yu to recommend an official and said to him: "the selection of government officials should not rely solely on one's fame which is just like a cake drawn on the ground, while it may be good to look at it does not satisfy one's hunger."

This story gave rise to the idiom "draw a cake to satisfy hunger. " Now it is used to describe someone who uses fantasy to satisfy oneself and means that empty reputation is of no practical value.

Your action is just like drawing a cake to satisfy hunger, which has no practical effect.