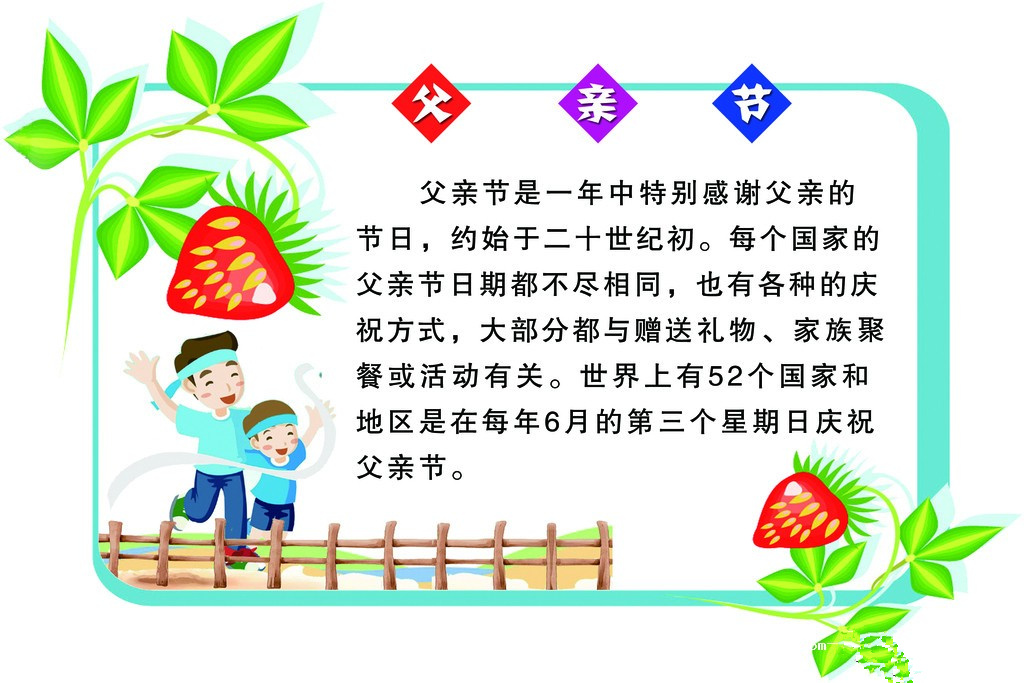 Father's Day, contrary to popular misconception, was not established as a holiday in order to help greeting card manufacturers sell more cards. In fact when a “father's day” was first proposed there were no Father's Day cards!

Mrs. John B Dodd, of Washington, first proposed the idea of a “father's day” in 1909. Mrs. Dodd wanted a special day to honor her father William, whose wife died while giving birth to their sixth child. Mr. Smart was left to raise the newborn and his other five children by himself on a rural farm in eastern Washington state. It was after Mrs. Dodd became an adult that she realized the strength and selflessness her father had shown in raising his children as a single parent.

The first Father's Day was observed on June 19,1910 in Washington. And it was in 1966 that President Lyndon Johnson officially declared the 3rd Sunday of June as Father's Day.

Father's Day has become a day to not only honor your father, but all men who act as a father figure. Stepfathers, uncles, grandfathers, and adult male friends are all honored on Father's Day.